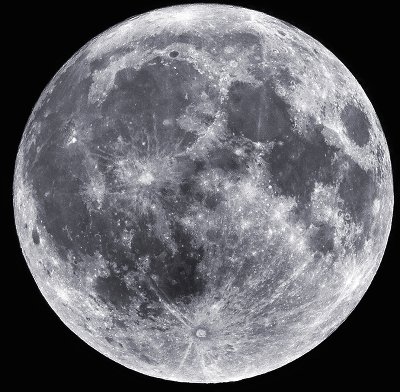 A celestial event will occur in February 2018. The event may not be as exciting as say, an eclipse, or a comet, or a good meteor shower. In fact, it’s not even an event per se, but more an oddity of the calendar. For ease of language we’ll just call it an “event”. So the event about which I am writing (which seems even more less eventy the more I go on) is that there will be no full moon in February 2018. Exciting right? Okay, maybe not exciting, but it’s at least kinda interesting.

A lunar cycle is around 29.5 days, and ecause February is so darn short — 28 days — it’s the only month that can come and go without there being a full moon. Usually there is at least one full moon per month. Sometimes there are two full moons. When that happens, that second full moon is known by one definition as a “blue moon”.* February, again because it is so short, never gets blue moons, which sucks for poor little February. This year, greedy January and March each get second full moons.

According to the Farmer’s Almanac, a full moon in February is known as a “snow moon” because there is usually a lot of snow fall in February, or at least there used to be before we humans went around warming the globe with our SUVs and pesky carbon emissions. Some Native Americans referred to the February full moon as the “Hunger Moon” because hunting became really difficult in that month because of the snow and cold. The Cherokee called this moon the “Bone Moon” because they were reduced to chewing on bones and drinking broth made from bones. For 2018, the Snow Moon/Hunger Moon will come in January.

(Above photo courtesy of NASA)