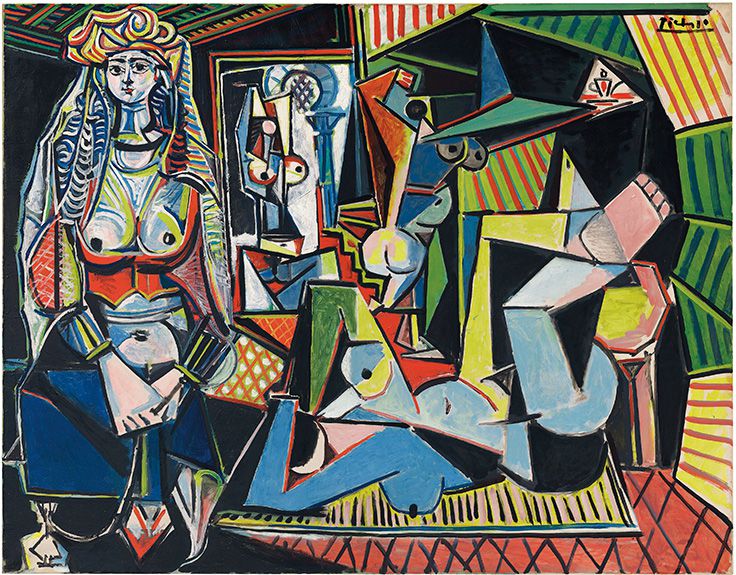 History was made on November 13, 2017, when a painting by Leonardo da Vinci, Salvator Mundi, sold for $450.3 million at auction to an unknown buyer, making it the most expensive painting ever sold at auction1. Dating from around 1500, the oil on walnut panel painting depicts Jesus Christ against a dark background holding a very unrealistic glass orb. Despite the fact that most experts and, for that matter, most people would agree that Salvator Mundi is not exactly one of Da Vinci’s finest, it was billed as the “last” da Vinci because the odds of there ever being another da Vinci painting found and brought to auction are pretty slim.

As with many works from so long ago, there is some controversy over the authenticity of Salvator Mundi. There are many versions of the same painting that were done by students of da Vinci, and in addition, there was some significant overpainting and restoration that needed to be performed before it came to resemble the painting in its current form. In the end, several da Vinci experts and researchers attested the painting’s authenticity and that it was the original from which most other copies from da Vinci’s studio were made, but of course there are still some well-reasoned skeptics, enough so that one has to wonder if it was even worth the price. The second-most-expensive painting ever sold at auction, on the other hand, didn’t have such issues.

Salvator Mundi by Leonardo da Vinci. Oil on wood, circa 1500. Many other versions of this painting exist with many having been painted by students of da Vinci. Although there’s a pretty solid consensus on the work’s provenance, there’s still a chance that someday some smart-ass forensic art historian will come along and offer evidence showing that the picture wasn’t painted by Da Vinci himself. (Image: Wikimedia Commons.)

“Well the girls would turn the color of an avocado2…”

The second-most expensive painting ever to be sold at auction was Les Femmes d’Alger (The Women of Algiers) by Pablo Picasso (pictured above). On May 12, 2015, it sold at auction for a cool $179.3 million, with 12% of the sale going to Christie’s auction house, the place that handled the sale (that’s about a $21 million commission for those who don’t wish to do the math). It was sold to what was an anonymous buyer but was revealed as having been Hamad bin Jassim bin Jaber Al Thani, a member of the very wealthy Al Thani family of Qatar, and the country’s former Prime Minister.

Les Femmes d’Alger is part of a series paintings that Picasso began in 1954 soon after the death of his friend, rival, and fellow genius painter, Henri Matisse who was a sort of overarching presence for Picasso as he produced the series. In looking at the pieces, there are some subtle and not so subtle nods to Matisse with echoes of some of Picasso’s other influences including Paul Cézanne. However, Picasso’s biggest single and most recognizable influence in terms of subject matter for the series was the French Romantic artist Eugene Delacroix, who painted the original Femmes d’Alger dans leur appartement (The Women of Algiers in their Apartment) back in 1834.

..when he’d drive down the road in his, El Dorado…”

The inspiration for Delacroix’s work came during a trip to Morocco he took in 1832 while accompanying a French ambassador. During his time there, Delacroix managed to finagle a visit to a private Muslim harem, which was somewhat of a difficult thing to do because the harem was the part of a house where women lived in seclusion away from men. Not only did Delacroix manage to get permission to enter the harem, but he was allowed to linger there and even do some sketches of the women he saw.

With his head filled with images of the exotic places and people he had seen, Delacroix returned to Paris where he created Femmes d’Alger dans leur appartement from his sketches.

Fast-forward 120 years, Picasso became enamored of and inspired by Delacroix’s work so much so that he painted 15 works as part of his tribute series. Version O, which was the one sold for $179.3 million, was completed in 1955 and was the last in the series.

“…He could walk down your street, and girls could not resist his stare…”

Picasso’s tumultuous love life and the many women with whom he’d been involved have all been well documented and is too big of a subject to go into fully for this article. In short, Picasso, despite the song lyrics, was indeed an asshole to all the women with whom he had intimate and sexual relations. The “last” of Picasso’s girlfriends/wives/whatever-they-considered-themselves was Jacqueline Roque, and it was she who the painter used as the model for the women depicted in Les Femmes d’Alger.

At the time of the painting, Roque was Picasso’s then newest lady-friend. The two met in 1953 when he was 72 years old and she 26, a gap in years that was filled by her affinity toward his wealth, fame, talent, and his affinity toward her good-looks and youth. The old painter fell hard for Roque and spent few months pursuing her before she began to reciprocate his feelings and become his paramour. At the time he was still married to Olga Khokhlova, but the two had been separated for years.

When Khokhlova died in 1955, it left Picasso free to remarry, which he eventually did with Roque in 1961. He spent the rest of his life producing at least 160 portraits of Roque along with other works before his death in 1973. Soon after the artist’s death, there was a bit of a scrum for his estate between Roque and Françoise Gilot, who had been with Picasso from 1944-53 and even had two children with him, but in the end, Gilot didn’t get much, but went on to have an interesting post-Picasso life3. Roque on the other hand fell into a deep depression and began to drink heavily. She ended up shooting herself in an act of suicide in 1986.

Admittedly there’s quite a bit to unpack here, so please feel free to have a look at this article for more Picasso and Roque. As for his other relationships, take a look here for more on Picasso’s very complicated relationship with women.

“…Pablo Picasso never got called an a–hole.” — The Modern Lovers

Although it is no longer the most-expensive painting ever bought at auction, it is in its own right a brilliant work whose true value is to the eye and the mind. There is in the DNA of Les Femmes d’Alger at least four great artists, a trip to north Africa, a glimpse into a forbidden world, and the last of a long line of lovers. Given all that backstory and the fact that it’s a pretty interesting piece to look at, it seems that Mr. Al Thani made out well despite the $179.3 million price tag. And when compared to the Salvator Mundi, a work not considered one of da Vinci’s best and whose authenticity will always be debated, Les Femmes d’ Alger seems a better purchase. Perhaps in the art world, it pays to be an asshole. 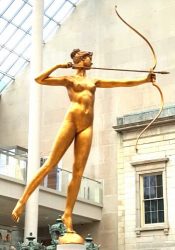 VINCE FLYNN: ENEMY AT THE GATES

Anthony Cook, an autocratic president, distrusts Mitch Rapp, who is working to uncover a traitor.

by Chris Wallace with Mitch Weiss

The intelligence gathering, security strategizing and military planning during the final eight months of the pursuit of Osama bin Laden.

Ray Carney, a family man who sells furniture on 125th Street, gets a new clientele made up of vicious and unsavory characters.

by Chris Wallace with Mitch Weiss

The intelligence gathering, security strategizing and military planning during the final eight months of the pursuit of Osama bin Laden.

A boy with a facial deformity starts school.

THE BAD SEED PRESENTS: THE GOOD, THE BAD, AND THE SPOOKY