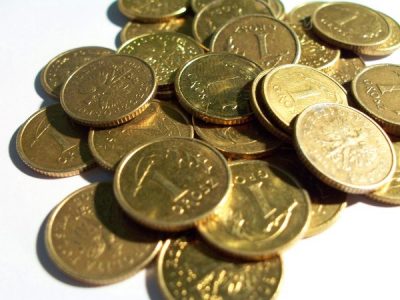 If you’re a rich person looking for a place to hide your money from the evil tax-collecting hoards in your home country, or maybe you’re a super rich drug dealer who doesn’t want your local government asking questions about that Bentley parked in your quarter-mile driveway when on your last return you reported earnings of only $28,000, then look no further than the United States of America, the world’s second-largest tax haven, just behind Switzerland and just ahead of the Cayman Islands. This is all according to the Tax Justice Network — an independent international research and advocacy group that keeps a Financial Security Index ranking jurisdictions according to their secrecy and the scale of their offshore financial activities. In short, they measure where the best tax shelters are and where rich people from all over the world can hide their money from the tax man, legally.

The report targets specific states in the U.S. — Delaware, Nevada, and Wyoming — as particularly dodgy places where people can set up shell companies that anonymize owners behind directors and other corporate “officers” who serve as the front guys. At least for Delaware and Nevada, these two states have a long history of creating business friendly atmospheres whereby people can create corporations easily and relatively cheaply. In addition, because of something called the “Delaware loophole“, many large corporations keep their addresses in the state, which allows them to save money by not having to pay as high taxes in their local jurisdictions. There are more than 280,000 corporate addresses at 1209 North Orange Street in Wilmington, DE, alone.

Less so than any other state in the U.S, Delaware requires very little information from perspective business owners in order to incorporate there. You don’t even need to be a U.S. citizen or have a U.S. bank account. That’s right, even “Johnny-Joe Richguy” from Biafra, who may or may not be running guns to nefarious groups in exotic locations, can establish a C-corp in Delaware. The only thing he needs is an address in Delware — likely at 1209 North Orange — and to not be on any terrorist watchlist or any most-wanted list. Here’s a nice scenario from the U.S. portion of the Financial Security Index Report to illustrate how Delaware can be used as a haven:

“A wealthy Ukrainian, say, sets up a Delaware shell company using a local company formation agent. That Delaware agent will provide nominee officers and directors (typically lawyers) to serve as fronts for the real owners, and their details and photocopies of their passports can be made public but that gets you no closer to who the genuine Ukrainian owner of that company is: if the nominees are lawyers they are bound by attorney-client privilege not to reveal the information (if they even have it: the owner of that shell company may be another secretive shell company or trust somewhere else). The company can run millions through its bank account but nobody – whether domestic or foreign law enforcement – can crack through that form of secrecy in any efficient or effective way. In the words of Dennis Lormel, the first chief of the FBI’s Terrorist Financing Operations Section and a retired 28-year Bureau veteran, “Terrorists, organized crime groups, and pariah states need access to the international banking system. Shell firms are how they get it.” — Financial Security Index 2018: Narrative Report on USA

We don’t mean to pile on Delaware. It isn’t alone in its wild-west attitude toward incorporating — Nevada is also a nice place to create a front corporation. Delaware is also an appealing place to incorporate also because it has the Court of Chancery, which for the most part is a business court separate from the usual civil courts where corporate disputes can be ruled on quickly and efficiently. But overall, court or no court, it really gives the U.S. an edge over most other countries, except of course for number-one Switzerland, for hiding money. Switzerland is for the most part a country up to its ears in filthy money.

What does this mean for those of us who don’t have shell corporations to hide our millions of dollars? The Tax Justice Network estimates that about $21 to say about $35 trillion in private wealth are in secret tax havens or “secrecy jurisdictions” where it is either lightly taxed or not taxed at all. That’s “trillion” with a “T”. And that means that tax dollars for government services are not as forthcoming as they could be, which is the way it has been for as long as governments have been collecting taxes. So really there’s no news here, except for the fact that the U.S. is being mentioned alongside Switzerland and the Cayman Islands as places to manipulate tax laws.

For those in the U.S. who will soon be firing up their Turbo Tax accounts ahead of the April 17 filing date (usually it’s April 15, but this year the 15th falls on a Sunday and the IRS was nice enough to give everybody extra time to get their collective shit together), keep it in mind that while you try your damnedest to not get fined or audited, there are some shady assholes hiding their money behind fake corporations that may have been formed in the U.S.

THE LAST THING HE TOLD ME

Hannah Hall discovers truths about her missing husband and bonds with his daughter from a previous relationship.

After an extramarital dalliance, Elle must choose between her husband and her childhood love.