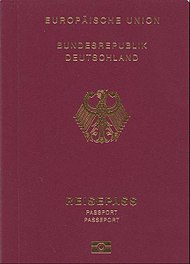 For a while, Germany and Singapore were tied for the most powerful passport in the world with Sweden in sole possession of second place. What changed for Singapore was Paraguay’s recent lifting of visa restrictions on those from the small Asian city-state, which raised their Passport Index score from 158 to 159. But is that really an indicator of passport power?

The Passport Index ranks passports based first on how many countries any given passport may enter without having to get a separate travel visa (there’s a little bit in there about “visa free” vs “visa on arrival”, but for the most part, it’s the countries you can enter without any other special document other than your passport). That means that Singaporean passport holder can travel visa-free to 159 countries as opposed to number-two Germany, which can travel to 158. Then for tiebreakers, Arton uses the United Nations Development Program Human Development Index (UNDP HDI), which they see as sort of quick indicator of how a country is viewed around the world. I’m not sure how much I accept that. The UNDP HDI is really a quality of life index that takes into account life expectancy, education attainment, and gross national income (GNI) per capita, i.e. how much money citizens of the particular country in question make. It’s certainly an indicator of which countries would be nice to live in, but I’m not sure I see how that should figure in to “passport power”.

The methodology of the passport index seems produces a nice glanceable indicator of who can tick off the most countries on passport alone, but even that seems a little arbitrary on a report called the “Global Passport Power Rank, 2017”. If one were to put together such an index, you’d think they’d include not just the number of countries a holder may travel to visa-free, but perhaps the diplomatic, military, and economic influence of the issuing country. Singapore indeed is an economic power, but one has to wonder when talking “power” if a holder of a German passport, with the entire European Union and NATO behind it, who has the most “power”.

Not to bash Arton and its passport index, but it seems to me that how many countries one can enter with a given passport really doesn’t indicate the “power” of a certain passport, so much as the access granted, two indicators which to me aren’t equivalent. What it does however indicate something more nuanced and bigger picture. It is a shorthand for the diplomatic prowess of a nation, that they were able to use their diplomatic skills to win more access to countries, which means access to more markets. For the most part, even Arton itself makes this connection. In an article about the index that appears on CNN, there’s a quote from Philippe May, the managing director of Arton Capital’s Singapore office. He said:

“Singapore has constantly increased its passport strength since it became independent in 1965. This due to a smart and far-sighted foreign policy, excellent diplomacy and by understanding globalization as an opportunity.”

I couldn’t agree more. In the end, it seems this report has shown yet again that media outlets are generally more into presenting interesting tidbits like this Passport Index in a far too simplified manner by focusing on the top-ranked Singapore. It’s only when you start looking to Germany, the second-ranked on this list, does the picture start to become clearer, and the true value of the report come to light. Instead of saying that the Passport Index is an indicator of “passport power”, it should be considered a quick indicator of the effectiveness of a country’s diplomatic efforts. In that case, Singapore is not only well-respected with a long reach in terms of where its people may travel, they are also shrewd business people and very forward-thinking. As for power — if we were talking straight-up power of a passport, regardless of the silly headline-grabbing terms, I’d take a U.S., Canadian, UK, France, or German passport over all of them.