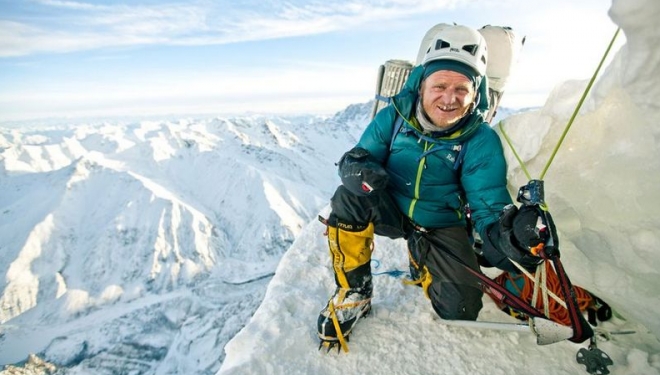 Last May, SM did a blog post on a team of mountain climbers from Poland who were going to attempt a winter ascent on K2, little did anyone know that those same climbers would end up being heroes.

A multi-national climbing party was attempting to summit Nanga Parbat, the second-highest peak in Pakistan at 26,660ft (8,125m), and the ninth-highest mountain in the world. Unfortunately, two of the climbers — Elisabeth Revol from France and Tomek Mackiewicz from Poland — went missing. Revol and Mackeiwicz had spent the night exposed out on the mountain and were trying to climb down. They were finally spotted by other members of the party who were using binoculars to search for them from their basecamp. From what they could gather, Revol was further down than Mackeivicz who was suffering from acute frostbite and snow blindness. Their support team was not in a position to rescue the climbers so they contacted the Pakistani military, which keeps helicopters on standby to rescue climbers. Fortunately, nearby on K2 mountain (the second-highest in the world) was an elite team of climbers from Poland who were in the midst of their own expedition to make the first winter ascent of K2.

Four members of the Polish K2 team, Adam Bielecki ,Jaroslaw Botor, Piotr Tomala, and Denis Urubko, were taken by military helicopter from their basecamp on K2 over to Nanga Parbat and were dropped off about 1,000m below Revol and Mackiewicz’s last known positions. Urubko and Bielecki attempted the rescue climb while Tomala and Urubko set up a basecamp to provide aid, keep track of the rescue, and to communicate with the other climbing team as well as Pakistani authorities. As the rescue began in earnest, contact with the stranded climbers was lost.

After several hours of climbing and searching, Urubko and Bielecki found Revol alive. Unfortunately, they did not find Mackiewcz, and because of the bad weather, which was putting the rescuers’ lives in peril, the search was called off.

For the SilverMedals.net article on K2, go here. For some good coverage on this story, go here.

(The above photo was taken from Tomek Mackiewicz’s Facebook page.)