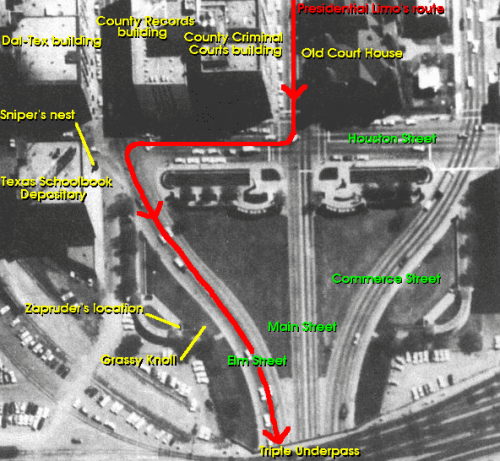 The National Archives today are due to release somewhere in the neighborhood of 3,000 never-before-seen documents along with the full versions of at least 30,000 other redacted documents that had previously been released all pertaining to the November 22, 1963, assassination of U.S. President John F. Kennedy. As new findings emerge from these documents, I thought it would be a good time to present a few facts about the “second gunman”.

For those who aren’t JFK conspiracy buffs, the “second gunman” refers to the theory that aside from the man who was arrested and charged with the murder, Lee Harvey Oswald, there was a second gunmen (or more) who shot at JFK as his convertible limo drove through downtown Dallas, TX. The Warren Commission, the government panel that was given the authority to investigate the matter, concluded that there was only the one lone gunman, Oswald, who acted alone.

Here are a few facts about the so-called “second gunman”:

The question of whether a second gunman exists has been debated in many circles from most crackpot of conspiracy theorists to not-so-crackpot historian. Even so, the existence of Jack Ruby, if anything, may be proof of a bigger thing going on since his story is just so odd and improbable. One thing’s for sure, second gunman or no, Lee Harvey Oswald was one helluva shot.