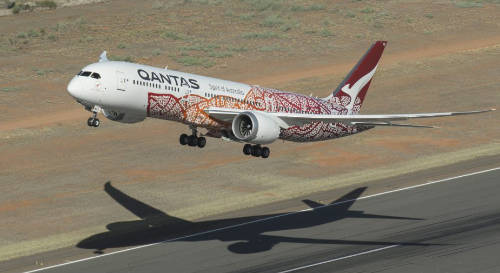 The world got a little smaller over the weekend, especially for those who live in the greater London and Perth areas. Qantas, the Australian airline once made popular by the character Raymond Babbitt1 in the movie Rain Man, just added a new nonstop route to its commercial route offerings. Passengers can now travel from Perth, Australia, to London, U.K., nonstop, a distance of around 9,009 mi, in just 17 hours and 20 minutes give or take depending on conditions.2 Okay, maybe it’s not JUST 17 hours and 20 minutes, but when you think about the fact that some of the earliest commercial service from London to Australia, the so-called “Kangaroo Route“, took about 4 days, a 17-hour trips sounds dandy. By flying the route nonstop, it shaves about three hours off other competing airlines running service between the two cities that have to stop to refuel somewhere in the Middle East along the way. For those of you who’ve had to change flights or be stuck in an airport during a long journey while your planes took on more passengers and refueled, it can be a super pain in the butt. But the big thing about this story for SilverMedals.net, is that the new route from Perth to London is the world’s second-longest nonstop commercial flight route. 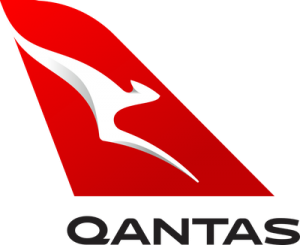 Quantas flight QF9 left Perth Airport at 6:49 PM AWST (18:49 for you 24-hour-clock people) on Saturday March 24, 2018, and landed in London Heathrow Airport at 5:02 AM GMT on March 25. The plane chosen to make the maiden voyage of the new route was a modified Boeing 787-9 Dreamliner (shown above), which is a relatively fuel-efficient long-haul craft that allows for such journeys. The plane, according to Qantas, was modified to make the trip a little more comfortable than your typical long-haul flight. For one thing, the plane can be configured to carry 300 passengers, but the Qantas Dreamliner only has seats for 236 (although it’s not clear if this is a typical configuration or one that was unique to Qantas, there’s likely a little bit of PR going on here). Apparently, are several structural elements in place to help reduce engine noise in the cabin, which they believe will make it a little easier for passengers to sleep. Lastly, the air pressure in the cabin, which on most flights is pressurized to about 8,000 ft, is pressurized on the Dreamliner to 6,000 ft to make the cabin air pressure closer to the pressure on the ground. This they believe will will make the trip seem more bearable.

According to the International Air Transport Association, the world’s current longest commercial nonstop route is served by Qatar Airways. It spans about 9,028 mi (14,529 km) from Doha, Qatar, to Auckland, New Zealand. However, this route may become the second-longest route in the next few years, thereby kicking our Perth-London route into third place. Singapore Airlines is set to relaunch a direct route it discontinued in 2013 from Singapore to New York. That one spanned a little over 9,507 mi (about 15,300 km). The airline estimates that journey will take about 19 hours using an Airbus A350-900. Let’s hope for the sake of those passengers that the peanut packets are plentiful and the movie offerings are abundant. Personally, I like it when they provide video games.

by Douglas Preston and Lincoln Child

The second book in the Nora Kelly series. An F.B.I. agent and an archaeologist identify a mummified corpse and its gruesome cause of death.

The Pulitzer Prize-winning journalist examines aspects of caste systems across civilizations and reveals a rigid hierarchy in America today.

by Douglas Preston and Lincoln Child

The second book in the Nora Kelly series. An F.B.I. agent and an archaeologist identify a mummified corpse and its gruesome cause of death.

THE BODY KEEPS THE SCORE

How trauma affects the body and mind, and innovative treatments for recovery.

To get revenge for her family’s murder, Lore must re-enter a hunt know as the Agon.

The biographies of 40 African-American women who made a difference.

BRONCO AND FRIENDS: A PARTY TO REMEMBER

by Tim Tebow with AJ Gregory

Animals with different challenges and abilities attend a party.