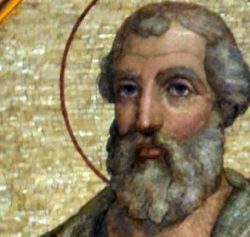 Figuring out who the early popes of the Roman Catholic Church were is a difficult task. A lot of it depends on how one defines what a pope is, was. The early popes weren’t called pope, but were the heads of the church without that specific title. Rome was the center of the Catholic religion and so the Archbishop of Rome was considered, with some exceptions over the centuries, the most powerful person in the church, what we would today call the Pope.

By tradition and according to the Bible, the first pope is considered to be St. Peter the Apostle, to whom Jesus Christ himself made the head of his church.

“And I say also unto thee, That thou art Peter, and upon this rock I will build my church; and the gates of hell shall not prevail against it.” — Matthew 16:18, King James Bible