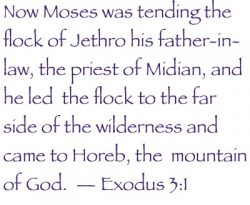 Exodus is the second book of the Hebrew Torah and the Old Testament of the Bible. It describes the story of the Jewish people who were enslaved in Egypt, and their escape and flight to Israel. It also tells the story of Moses, and the laws set forth by God, which is where the 10 commandments are listed.

The book preceding Exodus is Genesis. It is then followed by Leviticus.