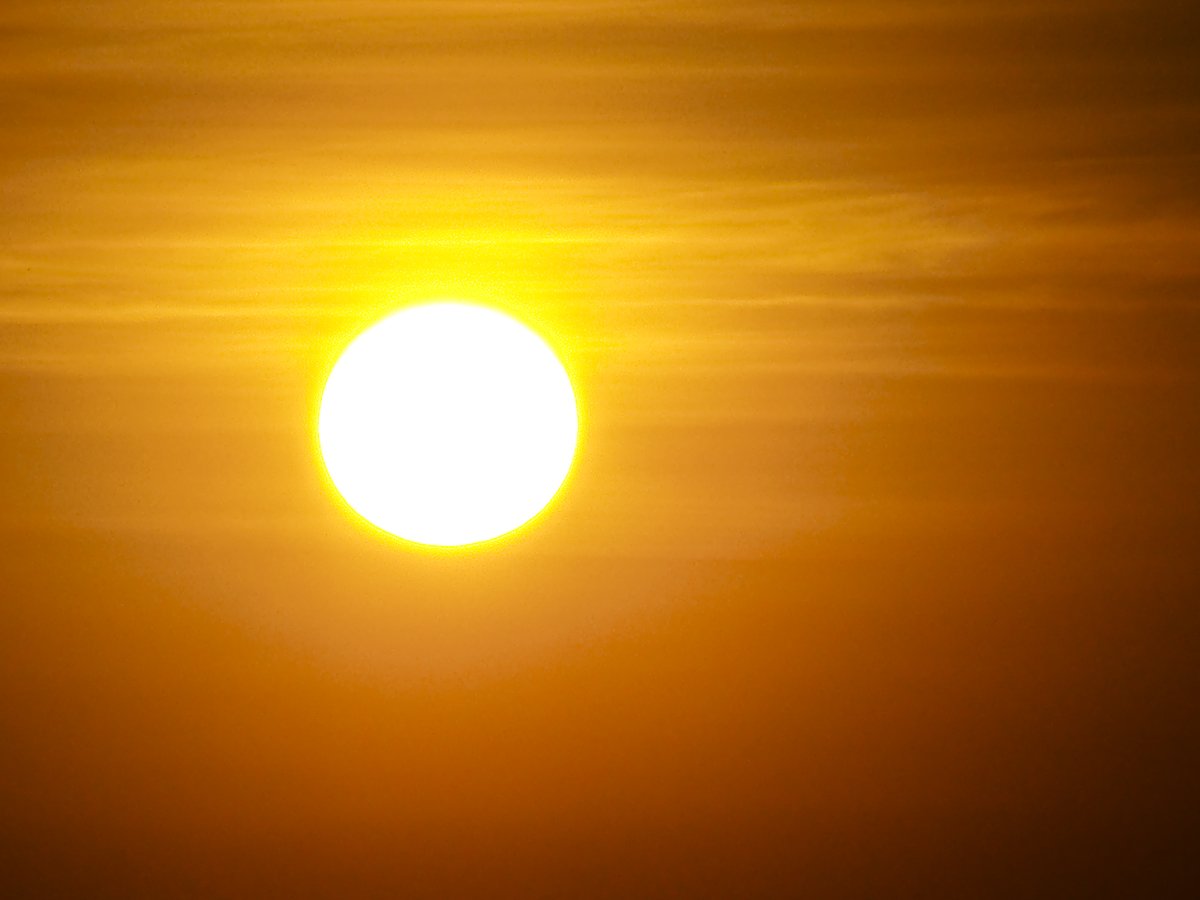 Although we already bid adieu to 2019 more than two weeks ago, science information for the year was still coming in. Unfortunately it’s not exactly welcome news. According to NASA and the U.S. National Atmospheric and Oceanographic Association (NOAA), 2019 was the second-warmest year on record since 1880 (when modern record-keeping began). The average global temperatures for 2019 were second only to those of 2016. This is part of a generally greater warming trend in that the past five years have been the five warmest on record. How hot was the planet? The average temperature across global land and ocean surfaces was 1.71°F (0.95°C) above the 20th century average, which is actually a lot. To put this more into perspective, here’s what NASA had to say about it:

That’s a pretty big swing in temperatures when you consider it on a global scale. But 2019 wasn’t only the second warmest on record, in the United States, it was the second-wettest. According to the NOAA

The annual precipitation total for the contiguous U.S. was 34.78 inches, 4.84 inches above average, the second wettest year on record and 0.18 inch less than the total for the wettest year set in 1973. Record precipitation fell across the northern Plains, Great Lakes and portions of the central Plains. Ten of the last twelve 12-month periods were record wet with the top seven all-time wettest 12-month periods occurring during 2019. — NOAA Press Release, Jan. 8, 2020

4.84 inches above average!?! That’s an incredible total especially when you consider there was drought in some parts of the U.S. during that period.

There’s really not much more to say about the warming Earth than that. The fact is, as long as humans continue to put stress on the environment this trend is unlikely to reverse. Not great news at all. To depress you even further, have a look at the graphic below. It was put together by the NOAA and it presents some significant climate anomalies and events in 2019. 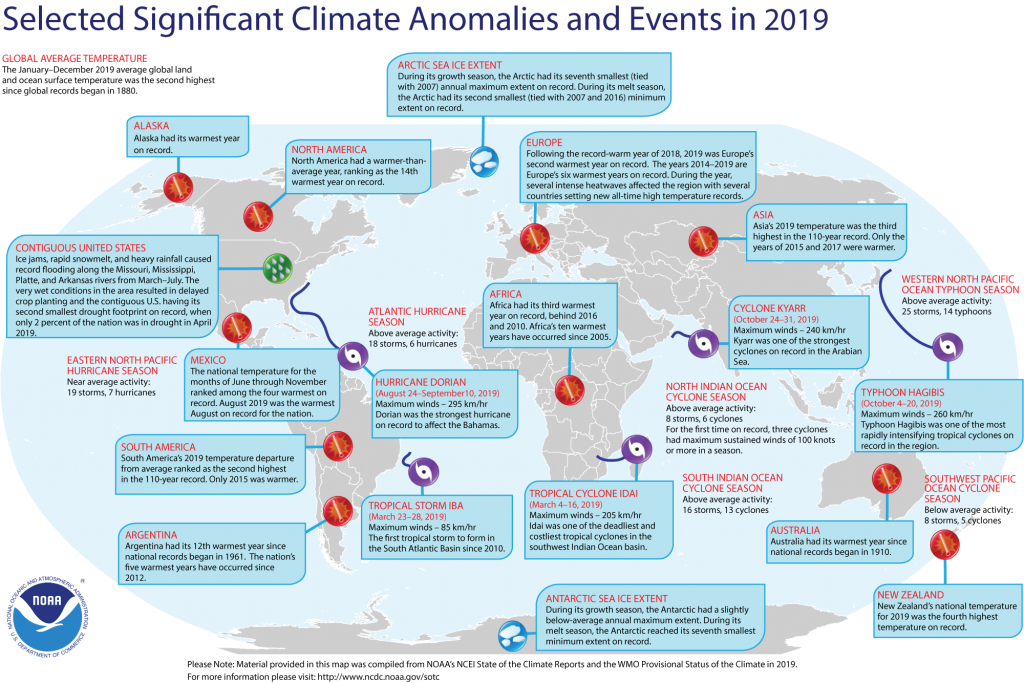