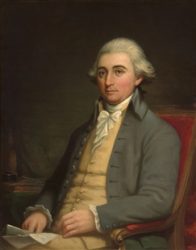 Jonathan Trumbull, Jr. (b. March 26, 1740; d. August 7, 1809) of Connecticut served as Speaker of the U.S. House of Representatives. Having served in the first, second, and third congresses, he was speaker for the second.