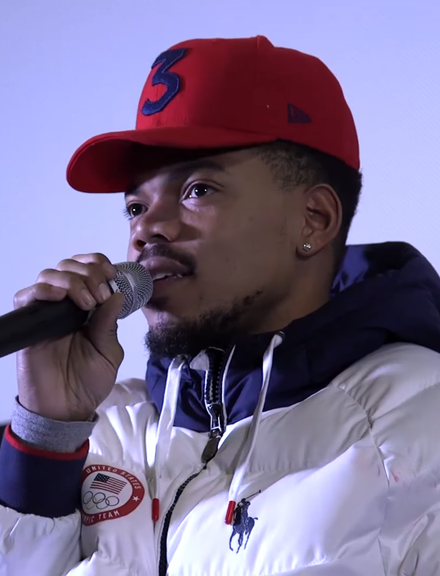 There aren’t many people who get the point of this site. Here we celebrate the “seconds” of the world. The second-to-do, second-to-go, second-best, second-biggest, second in a sequence (we don’t give a crap about the Godfather, show us the Godfather Part II). Why? Because if you haven’t taken a look at the other stories on this site, it’s the seconds that are often times the more interesting, more relevant, and often more poignant. That’s why when SilverMedals.net heard of Chance the Rapper honoring No. 2’s including his hometown Chicago, the “second city”,  we knew we had found a kindred spirit.

On the October 27, 2019 episode of NBC’s Saturday Night Live,  Chance the Rapper opened the show in good form. It was his second time hosting the show, the first time being in 2017 (that same year he generously gave $1 million to Chicago public schools). To begin with he gave mention to Chicago school teachers who are currently on strike, telling them that he fully supports them, which garnered significant applause. Chance, who is a second cityer himself, later broke into a rap where he celebrated seconds, because to quote the talented rapper, “Sometimes the second best is better than the first.”

SilverMedals.net couldn’t agree more. Please have a look below and enjoy Chance the Rapper’s musical ode to all things second.