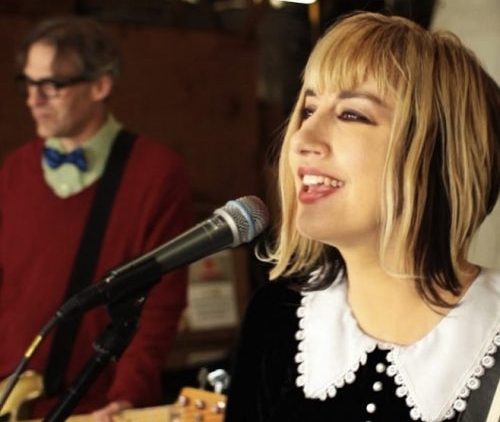 Kim Shattuck best known the lead singer and guitarist for The Muffs passed away October 2, 2019, at the age of 56. The pop/punk musician’s life ended after a 2-year struggle with ALS, according to her husband, Kevin Sutherland. ALS also known as “Lou Gehrig’s Disease” is a rare group of neurological diseases where motor neurons that control walking, chewing, and talking among other movements deteriorate rapidly, ultimately killing the person afflicted. There is no known cause or cure for the disease.

SilverMedals.net previously wrote about Shattuck as having once been the “second” bass player for the post-punk band The Pixies (taking the spot vacated by the first Pixies bass player who was also named Kim). After a very short stint with the band, Kim was unceremoniously dismissed from the group for what she and others believe was for being too outgoing. Of the firing she said…

“I get the feeling they’re more introverted people than I am. Nobody really talked about deep issues, at least out loud. There was a show at the Mayan in Los Angeles where I got overly enthusiastic and jumped into the crowd, and I know they weren’t thrilled about that. When I got offstage the manager told me not to do that again. I said, ‘Really, for my own safety?’ And he said, ‘No, because the Pixies don’t do that.‘”

Soon after her stint with the Pixies, in 2014 The Muffs released their first album since 2004. It was entitled Whoop Dee Doo, which was a not-so-veiled reference to Pixies lead singer Frank Black who said of her dismissal, “There’s been a shift in the lineup, big whoop-dee-doo…as far as we’re concerned it ain’t that big of a deal.”

Kim’s death comes just before the October 18 release of newest album by The Muffs entitled No Holiday. She and all the music she still had left to share will surely be missed.