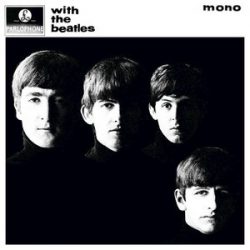 With the Beatles was the second full-length music album released by the Beatles. Released on November 22, 1963, it was recorded at EMI Studios in London between July 18 and October 23, 1963. All four members of the Beatles — George Harrison, John Lennon, Paul McCartney, and Ringo Starr — were present and performed on the album. The track listings are as follows: