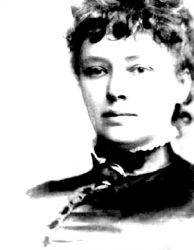 Baroness Bertha Von Suttner became the second female Nobel laureate in 1905, and the first woman to be awarded a Nobel Peace Prize. She was a novelist, journalist, and advocate in the general peace movement in Austria. She railed against growing arms race between countries, was a major proponent for the establishment of  an International Court of Justice, and founded the German Peace Society. She died at the age of 71 on June 21, 1914, only a few months before the very type of conflict she hoped the world would avoid, World War I.

Marie Curie was the first woman to be a Nobel laureate.