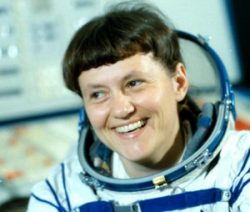 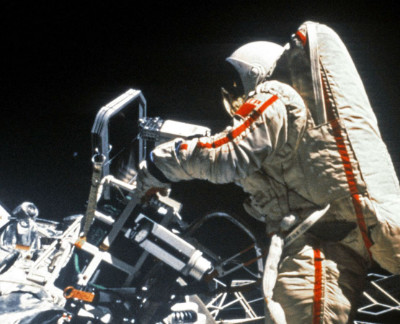 Svetlana Savitskaya during her EVA on July 25, 1984. This was the first EVA ever performed by a woman.

Savitskaya’s second spaceflight was her most well-known. During that flight, July 25, 1984, she became the first woman to conduct an EVA (extra-vehicular-activity, that is, she did a spacewalk). While floating outside of her vehicle, she conducted welding experiments where he actually cut and welded materials in space.