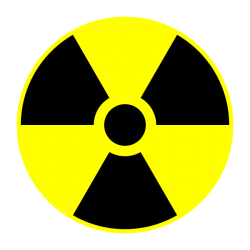 What is only known as “Test #219” was a test detonation by the Soviet Union of a thermonuclear fusion device carried by an ICBM (intercontinental ballistic missile). The test took place on December 24, 1962, in the air over Novaya Zemlya, a large archipelago off the northern coast of Russia in the Arctic Ocean that separates the Barents Sea from the Kara Sea.

The device had a yield of 24.2 megatons, which was about 1200 times stronger than the “Fat Man” bomb detonated over Nagasaki in 1945. A blast that size detonated in the air would incinerate everything over an area of 1.4 sq mi (about 3.5 sq km) around ground zero, knock down almost every building over an area of 50 sq mi (128 sq km), and cause third degree burns up to 30 miles (about 48 km) away.

The biggest ever nuclear blast was another Soviet thermonuclear device known as Tsar Bomba. With a yield of 50 megatons, it was detonated on October 30, 1961.

It was common during WWII for USAAF (United States Army Air Force) ground crews to write out little messages on bombs meant to be dropped on the enemy. It was a sort of middle finger to the soldiers whom they blamed for there being a war in the first place. There are even stories of bomber crew members throwing trash out the…read more