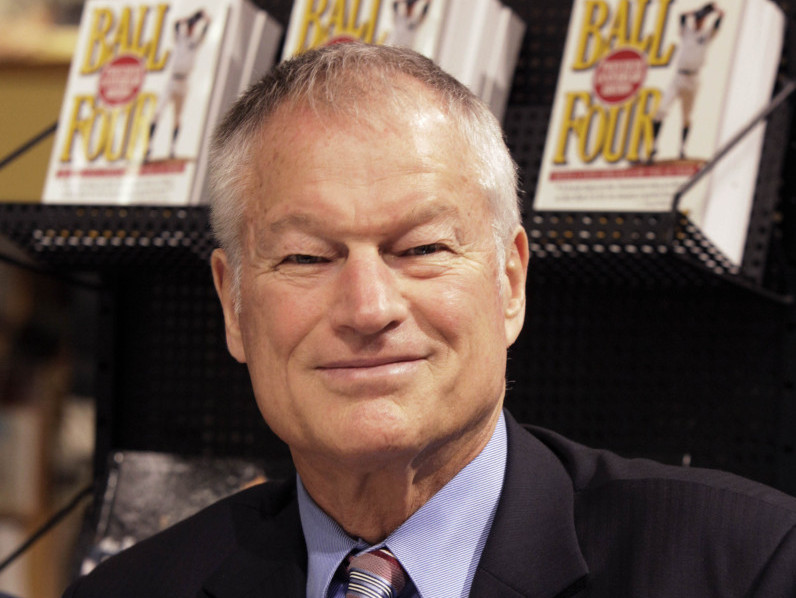 It was sad news to learn of the passing of Jim Bouton yesterday, one of the most fascinating and notorious sports figures in U.S. baseball history. A former fastball pitcher until he blew his arm out, Bouton went on to become an advocate for the difficult-to-master-but-difficult-to-hit knuckleball, a pitch that can ruin batters’ timing. His most lasting contribution to the sport however, was something that many people at the time thought would actually bring it down — his eye-opening book Ball Four. In it, Bouton gave a very honest view into the lives of baseball players over the course of the season, while also detailing  his own struggles with his fading talent and knowledge that his best pitching days were behind him. Many thought it a too-real account of the ways of ballplayers during the season — one that took some of the sheen off the public front that Major League Baseball put up. 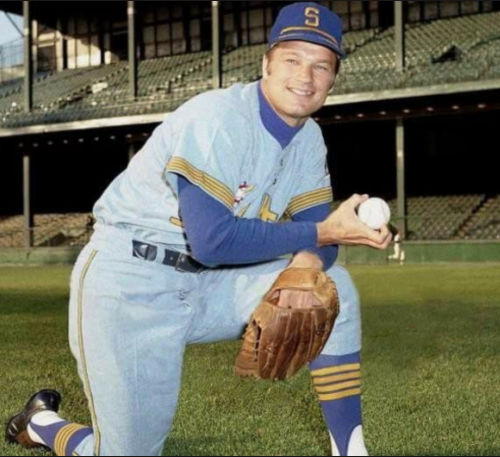 Jim Bouton in 1969 when he pitched with the expansion Seattle Pilots.

What’s funny about it today is how tame it seems compared to the drugs, sex, and violence scandals of contemporary athletes. About the worst thing in Ball Four was drinking and drunkenness along with perhaps the bits about “beaver shooting”, which seemed more seedy and silly than anything. A little carousing, a lot of drinking, some hijinks, some salty language, and rampant amphetamine use — that’s about the worst of it. But with America what it was and baseball what it is, the book got a lot of play and pissed off a great many people who would have preferred that none of the anecdotes Bouton presented ever came into public view. Bouton, however, was a cool cat all along and for the most part he reserved his worst stories and opinions for owners and the then league president. Today, it’s considered one of the finest books ever written about baseball or any sport.

In full SilverMedals.net fashion, we celebrate the “seconds” of the late Jim Bouton, an intelligent and funny person who happened to have also been a Major League Baseball player. He was a man of many “seconds” in his life — second careers, second teams, second wives, second books, second chances — all because he possessed un unyielding tenacity and continuous curiosity about his life, baseball, and the world around him. He will be missed.