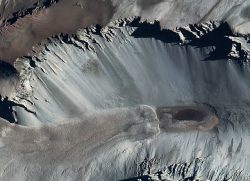 Don Juan Pond is located at the western end of the Wright Valley in Antarctica. It can be seen in the satellite photo above as the darkened eye-shaped spot to the right.

The Valley itself is a dry valley where almost no ice can be found. The surrounding mountains have prevented glaciers from entering the valley for thousands of years, and because of the extremely low humidity and lack of precipitation, the area is considered one of the driest deserts in the world.

The water found in Don Juan Pond is about 40% salt by mass, which makes it about 12 times saltier than the ocean which has an average salinity of about 3.5%. The pond is only about 4 to 5 inches deep (10 to 12 cm) at most, but it is several hundred meters wide. The water itself is cold and almost syrupy, and because of its salinity, it can remain in liquid form to about -58°F (-50°C ). Prevailing opinion is that the pond is fed by a spring that bubbles up from deep beneath the surface, although some suggest that the water runs down in bits from the valley walls.

The saltiest naturally occurring water in the world can be found in Gaet’ale Pond in Ethiopia. 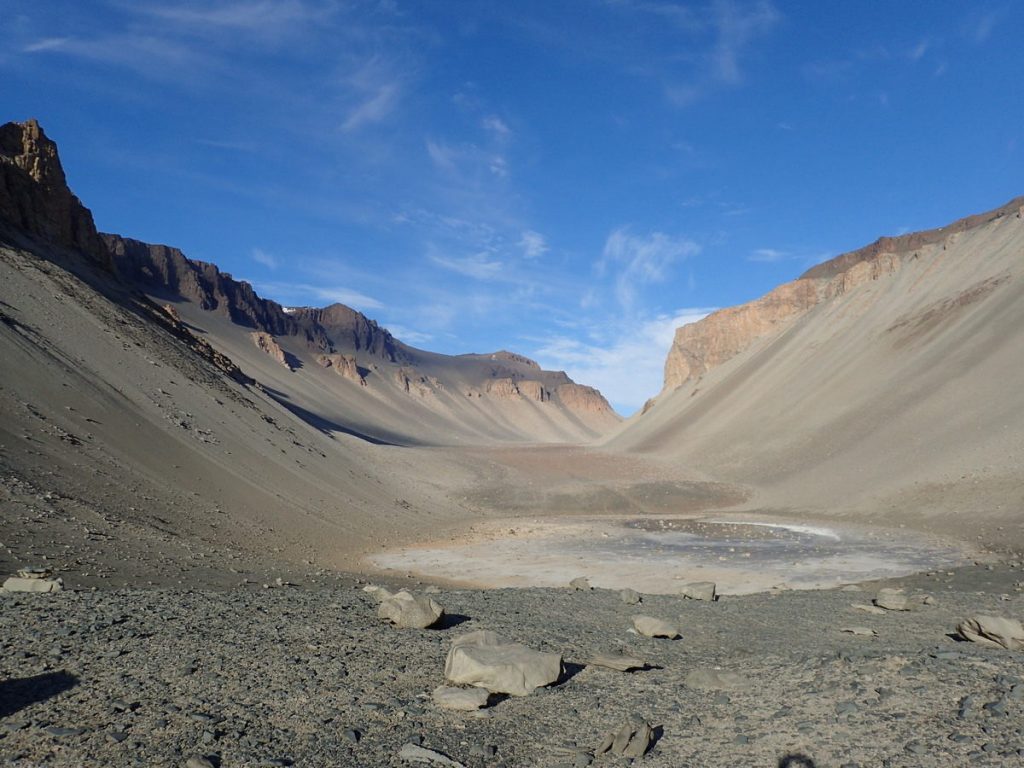 A view of the Wright Valley in Antarctica. Unlike the most of the continent, there is no ice cover here. Don Juan Pond is the area in the lower center right that looks like a muddy puddle. (Credit Pierre Roudier)

Helium is almost like magic with the things it can do—it keeps blimps and balloons aloft, makes our voices sound funny1 when we huff it, and it makes all sorts of industrial processes possible. Helium is just plain fun. And for its place among the silver medalists, helium is the second-most abundant element in the universe and the number 2…read more