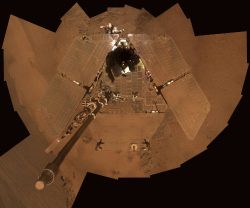 The Opportunity rover was active on Mars from 2004 to 2018, and was pronounced lost by NASA on February 13, 2019, after it sent its last signal to the rover. Opportunity had been silent since June of 2018 when a huge dust storm covered the probe and its all-important solar cells. When no further signal was received on Earth, mission control engineers tried repeatedly to contact it. It is the general theory that Opportunity ran out of power and that its solar cells were covered with too much dust to produce any more.

Launched on July 7, 2003, Opportunity was part of NASA’s Mars Exploration Rover program. The other rover was called Spirit and it was the first of the two to touch down on Mars. Opportunity landed three weeks later in Meridiani Planum on January 25, 2004.

The B/W photos shown below were the second photos taken by the Opportunity rover from the surface of Mars on its first day of operation. The color photo at the top of this article is a selfie composite that Opportunity took in 2011 showing the dust covering its solar cells even then. 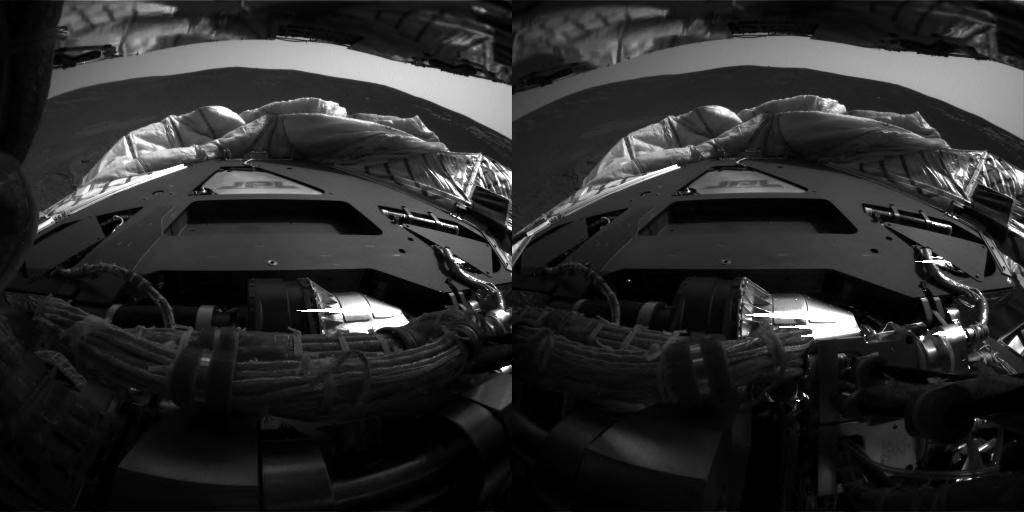