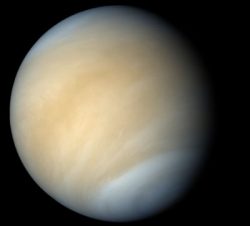 The closest planet to the sun is Mercury. Its average distance from the sun is about 36 million mi (58 million km).