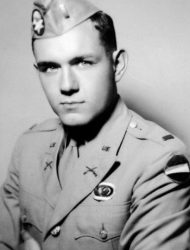 Captain Harry Cramer was killed on October, 21, 1957, during what was supposed to be a training exercise about 10 miles south (about 16 km) of Nha Trang. He was among the very first U.S. Army Special Forces soldiers ever to serve, and holds the distinction of being the very first U.S. Army Special Forces casualty. He was the second U.S. soldier to die in the Vietnam War.

The first U.S. soldier to die in the Vietnam war was Richard Bernard Fitzgibbon Jr., on June 8, 1956.