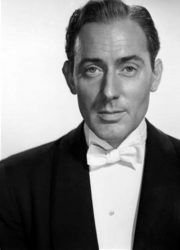 Much tabloid fodder has been made of actor Elizabeth Taylor’s personal life, friends, tastes, and of course, her 8 marriages, 2 of which — her 5th and 6th were to the same man (Richard Burton, they divorced then remarried then divorced again). 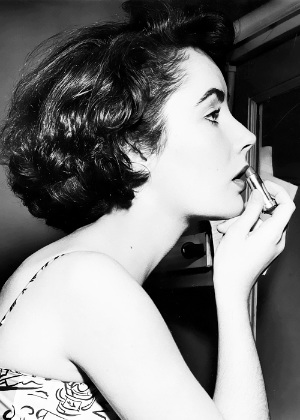 Her second marriage was to dashing British actor Michael Wilding, who was known for such movies as An Ideal Husband (1947), Stage Fright (1950), and Waterloo (1970). The two actors married in London on February 21, 1952, in a quiet civil ceremony. Wilding was about 20 years older than Taylor, who was just a few days shy of her 20th birthday at the time of their marriage.

The ink was barely dry on their marriage certificate when Taylor and Wilding began to grow apart. Partly because of their age differences, but mostly because Taylor’s career was ascending while Wilding’s was waning, which was big a source of friction between the two, the marriage was over before it even really started. They separated in 1956 and divorced in 1957. Even though it was a short marriage, it was a fruitful one — the couple had two children.

Taylor’s first husband was Conrad “Nicky” Hilton, Jr. whom she married in 1950. Hilton, the son of the hotel tycoon, proved to be an abusive husband and a volatile alcoholic. The two divorced after 8 months. Hilton, before he married Taylor, had been carrying on an affair with his step former mother Zsa Zsa Gabor — an affair which began while Gabor was still married to Hilton’s father (according to Gabor).

Taylor’s third marriage was to producer Mike Todd in 1957. Their marriage was tragically cut short when in 1958, Todd died in a plane crash.

As for Wilding, his marriage to Taylor was his second one as well.