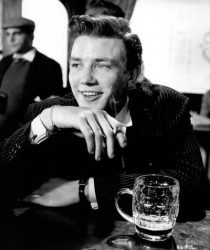 Albert Finney was one of the UK’s finest actors and has many credits to his name in stage, film, and TV. His second-ever appearance in a feature-length movie was in the lead role in the gritty “kitchen sink drama” Saturday Night and Sunday Morning (Woodfall Film Productions, 1960). It is considered one of the finest examples of the British realism from a period in the late 1950s and early 1960s where “angry young men” who were disillusioned with contemporary post-war society were depicted. 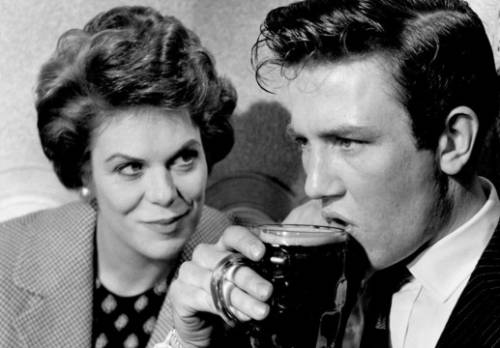 Finney plays the role of Arthur Seaton, a young machinist who works in a Nottingham bicycle factory. Arthur is determined not to live a “normal” settled life, preferring to have a good time on weekends spending his money and staying out all night, drinking heavily. He is having an affair with a married older woman named Brenda who is also his boss’s wife. At the same time he is dating Doreen, a pretty woman his own age who lives with her mother and dreams of being married. She repeatedly resists Arthur’s sexual advances, so he satisfies his urges with Brenda.

Things change when Brenda tells Arthur that she’s pregnant. Arthur offers to help with the child or help her get an abortion. Brenda eventually decides to keep the baby. They are seen together by Brenda’s brother-in-law and his friend at an amusement park. The two men beat up Arthur correctly suspecting him of having an affair with Brenda.

In the end, Brenda’s husband tells Arthur that he can never see Brenda again, so he decides to marry Doreen and settle down. The movie ends with Arthur still ambivalent about his soon-to-be domestic situation with Doreen. 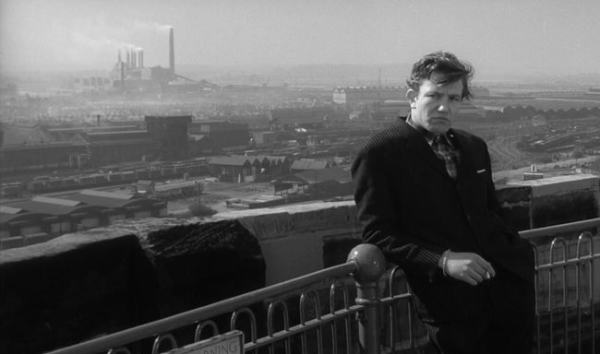