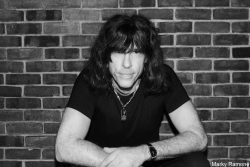 Mark Steven Bell, who performed under the name “Marky Ramone” was the second official drummer in the American punk band, the Ramones. He was with the band from 1978 to 1983, and then again from 1987 until the band’s retirement in 1996. 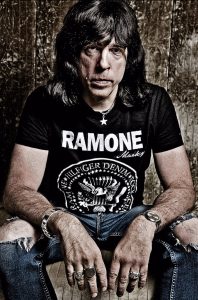 Like many American punk-rock bands, the Ramones, whose debut album was released in February 1976, went through several lineup changes over their history, especially at drummer. Technically, the original drummer for the Ramones was lead singer Joey Ramone. Bassist Dee Dee Ramone was to be their lead singer. However, early on when they began playing out, Dee Dee realized he couldn’t sing and play bass at the same time, while Joey found it difficult to sing and play drums at the band’s signature fast tempos. So it was decided that Dee Dee would stay at bass, Joey would become the lead singer, Johnny Ramone would stay where he was at guitar, and Thomas Erdelyi, who was originally supposed to manage the band, stepped in to be their drummer. Performing under the name “Tommy Ramone”, he was the Ramones drummer from 1974 until 1978.

Marky took over in 1978 and played with the Ramones until 1983 when he was fired by the band over issues stemming from his alcohol abuse. He was replaced by Richie Ramone. Marky after returned to the Ramones in 1987 after Richie quit the band, and remained with them until the band stopped performing in 1996.