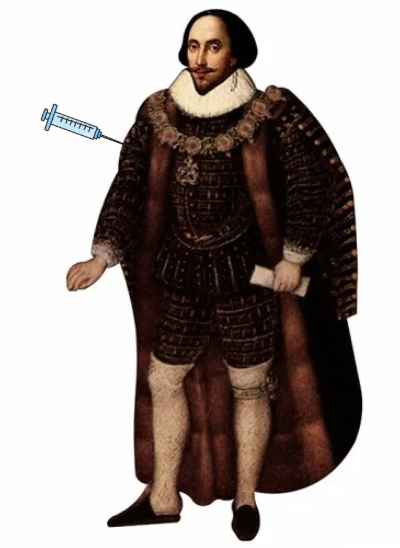 The United Kingdom on December 8, 2020 became the first nation to begin widespread distribution of a working Covid-19 vaccine. At the University Hospital in Coventry, in what hopes to be the beginning of the end for the pandemic that effectively shut down the world for most of 2020, 90-year-old Margaret Keenan became the first person in the world outside of a clinical trial to receive the Covid-19 vaccine. Hers will be a name that may go down in history if the vaccine proves effective over a large population, but it was the second person who received the jab who was already a household name.

William Shakespeare, an 81-year-old gentleman from Warwickshire (yes, that’s the same county as the original William Shakespeare was from), was the second person in the world outside of a clinical trial to be given the first of two doses of the Pfizer/BioNTech vaccine. The second dose for everyone who received the first will be administered 21 days later.

According to preliminary results published by Pfizer/BioNTech, the vaccine showed the vaccine is up to 90% effective in preventing Covid-19 in patients with no previous Sars-CoV-2 infection. Just over 43,500 people had been administered the vaccine during the trial with few if any safety issues observed.

For a nation like the UK, proud of its cultural institutions especially its theater, it is particularly fitting that one of the first to receive the vaccine shares the same name as its greatest playwright. Of course, British being British, the wit came out fast in the Twittersphere with several “Taming of the flu” and “Two Gentlemen of Corona” puns thrown around with abandon. Indeed such levity is welcome after a year of isolation, fear, and death. Hopefully the name Shakespeare will go down in medical history as well as it did in English Literary history.