Not that Google needs any more media or free advertising from SilverMedals.net, it continues to be a very useful tool in our everyday internet lives, so we may as well examine the world’s Google search trends of 2018. Specifically, the second-ranked search terms in various categories. You can see the full lists here. 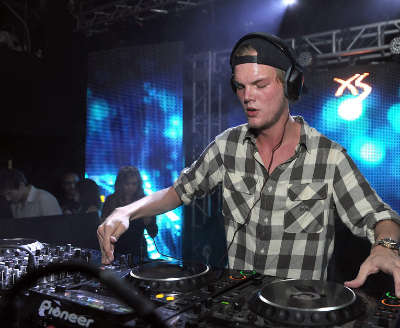 Unfortunately, the overall second-ranked search term was about a tragic death. The world’s second-ranked Google search term of 2018 was “Avicii”, which was the stage name of Tim Berging. The 28-year-old Swedish musician  died on April 20, while on vacation in Muscat, Oman. The cause of death wasn’t made known until about a 10 days later when news broke that Avicii’s death was a suicide. Rather gruesomely, the musical artist used a broken wine bottle to cut himself and bled to death.

Avicii had a long and documented history with substance abuse and health problems. He also suffered from extreme stress and anxiety. Because of these issues, the musician stopped performing live in 2016.

Known for such hits as “Wake Me Up”, “Levels”, and “The Nights”, his second and last studio album was Stories, which came out in October 2015.

Just ahead of Avicii, the most searched term of 2018 was “World Cup”.

“Hurricane Florence” was Google’s second-most-searched-for news story (and for a second category, “World Cup” was the most searched). The greatest interest in the story was in the United States where the storm slammed into its east coast primarily in the states of North Carolina and Virginia. Storm surges and heavy rainfall caused massive flooding and resulted in almost $18 billion in damage. 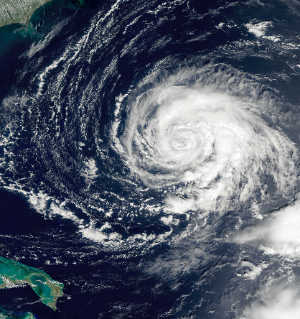 Satellite image of Hurricane Florence over the Atlantic Ocean.

“Demi Lovato” was the world’s second-most-Google-searched person in the world in 2018. She was edged out by Meghan Markle, whose marriage to Prince Harry and the drama surrounding her family was followed by millions of royal-watchers, bored people at work, and other voyeurs around the world.

As for Demi Lovato, the 26-year-old musician and songwriter was hospitalized in July after a drug overdose. In what seems a rather unfortunate trend in twenty-something entertainers in 2018, Lovato has a history of mental illness and substance abuse — specifically cocaine and alcohol.

Serial douchebag “Logan Paul” was the second-most-searched-for actor in 2018. He was beaten for the top spot by Sylvester Stallone, whose rumored death swept the internet for the second time in recent history. (Mr. Stallone is alive and well, and don’t you forget it!)

As for Paul, he first made 2018 news in January after he posted a video on YouTube where he showed the body of a suicide victim in Japan’s “suicide forest”. The forest, which is called Aokigahara and is located near Mt. Fuji in Japan, is a well-known and well-used spot for people to commit suicide. Paul and his band of assholes were there shooting video for part of his “Tokyo Adventures” series, and they had intended to camp in the forest. While galumphing around the woods, they came across the body of an actual suicide victim. Before alerting authorities, like proper idiots, the group decided to film the body and post it on Paul’s YouTube page. Of course, the video garnered millions of views, since dead bodies have been automatic click bait since the 90s. On the other hand, there was also an encouragingly high amount of criticism directed at Paul and his cronies. Paul issued an apology, and was briefly suspended from Youtube, but since he is a popular moneymaker and has a ridiculous number of followers, he was back to his ways a month later. As a result, Paul was searched for quite a bit. 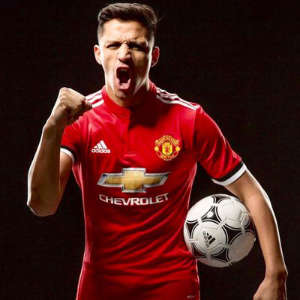 Footballer “Alexis Sánchez” was the world’s second-most-searched-for athlete in 2017. The Chilean forward was a huuuuuuuge story in January as the speculation and eventual confirmation of his transfer from Premiere League powerhouse Arsenal to Premiere League powerhouse Manchester United drew near constant glances at Twitter feeds and sports news pages over the course of his transfer. In exchange for Sánchez, Arsenal received Armenian midfielder Henrikh Mkhitaryan.

The number-one most-searched athlete was Canada-born NBA basketball player Tristan Thompson. The Cleveland Cavaliers forward made news early in the year not because of his on-court exploits but more because of his relationship with Khloé Kardashian, with whom he had a daughter. That daughter is Thompson’s second child.

Deadpool 2 was the number-2 most-searched movie of 2018. The film which stars Ryan Reynolds, Josh Brolin, and Morena Baccarin, was the sequel to the 2016 original Deadpool. Beating it out was the far better movie Black Panther.