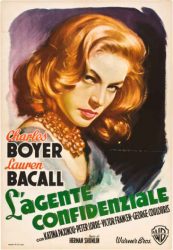 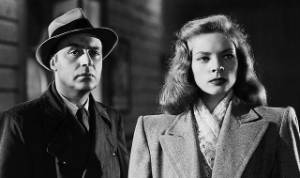 The story takes place during the Spanish Civil War. Boyer plays an agent of the Spanish Republic who is looking to buy coal for their fight against the fascists. Lauren Bacall plays the role of a very young British woman whose father owns a coal company with whom Boyer’s character wishes to negotiate.

The film received generally negative reviews. For Bacall, it was a quick downturn from her very well-received first film To Have and Have Not, which is today considered one of the finest works of the era. Bacall herself had since stated that she never wanted to be in Confidential Agent but that she had to honor her Warner Brothers contract. Things got back on track for her in her next leading role in the film noir mystery The Big Sleep. 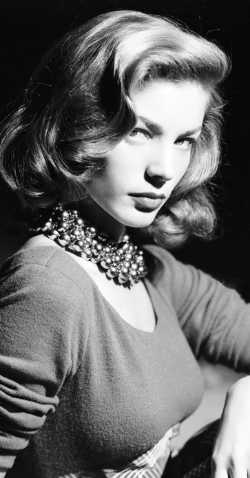