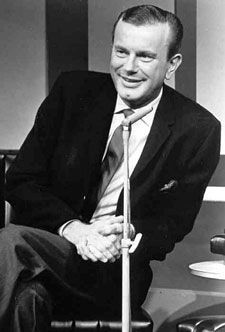 The Tonight Show is an American late-night talk-show that has been airing on NBC since 1954. The first person to regularly play host on the show was comedian Steve Allen who was on the show from 1954 to 1957. As for who technically was the second host depends on, like so many other “seconds” on SilverMedals.net, how you define the situation.

During Allen’s stint as host, he had become such a popular figure that in 1956 he was given his own Sunday night prime-time variety show, The Steve Allen Show, which he did in addition to The Tonight Show. NBC was keen on having Allen in that spot to compete with The Ed Sullivan Show, which was going strong over at CBS, but they also liked him in the late-night spot as well. To give him time to focus on his Sunday-night slot, NBC hired comedian Ernie Kovacs to play host on The Tonight Show on Monday and Tuesday nights. Kovacs had once had his own show and was a very capable fill-in.

Since for a time he played host for about 40% of the shows filmed during the week, one could say that Ernie Kovacs was the “second” regular host of The Tonight Show.

Allen and Kovacs left The Tonight Show in 1957 — Allen to focus on his Sunday night show. The format of the show briefly changed to become more newsy, but it soon reverted back to its regular light humor talk-show format. When it did, NBC turned to comedian Jack Paar to take over.

Paar took over as host of The Tonight Show in 1957, and held the position until he left in 1962. Paar was less of a sketch comedian, but more of a quick wit who would deliver humorous monologues and engage in easy going and interesting conversations with guests on the show. He was very successful as host, and his audience quickly grew as the years went on. 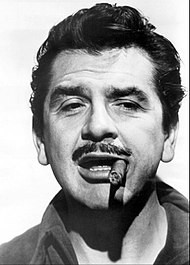 Paar’s tenure wasn’t without its difficult moments, however. Paar briefly walked off the show minutes into the broadcast on February 10, 1960, after network censors cut out a joke about a “water closet” (bathroom), which some producers deemed inappropriate (remember, 1960 was still pretty much the 1950s and bathroom jokes still did’t fly). The show then had a series of guest hosts until Paar returned a month later. He then stayed on until his eventual departure in 1962.

After leaving The Tonight Show, Paar played host on his own weekly variety show The Jack Paar Program, which ran from 1962 to 1965. This show was similar to the Tonight Show but with a bigger prime time audience, and Paar continued engaging his guests in his affable and conversational manner. You can see a great example of this here — it’s from his December 7, 1962, show on which Judy Garland was a guest along with Robert Goulet. (Judy totally killed it by the way — she was funny as hell, told great stories, and sang beautifully.)

Although Kovacs was indeed a host on the show, it was never really “his” show. He was more like a stand-in host. So today, most people — including NBC itself — consider Jack Paar to be the second host of The Tonight Show.